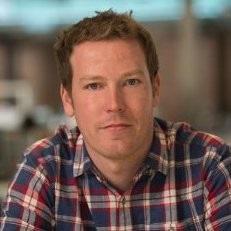 Gary moved to London in 2011 and worked for five years with corporate communications company Investis in their webcasting team before moving over to head up STcast in May 2017.
The new business launched at the beginning of 2018 and had a solid first year in existence. 2019 now brings the launch of STcast's new proprietary webcasting platform, giving the new business the power to challenge the big players in the market. Before moving to London, Gary was Multimedia Developer with South Dublin County Council and has a degree in Multimedia from DCU.

Outside of business, football is Gary's main passion, counting himself as a part owner of Shamrock Rovers, and has been involved in the members club that owns a majority stake in the club since 2008. Gary is also Chairman of a Sunday Football league in London and runs a team, London Hoops, that plays in the league. Unsurprisingly, the team sports Rovers jerseys every week!